Alaska Literature tells stories in many different formats.   Poems about Alaska paint pictures as they use descriptive language to share a story.   “The grey shepherds of the tundra pass like islands of smoke,’ writes John Haines in The Field of Caribou.   The beautiful language of his work draws you in and depicts many wonders of Alaska.

Legends are another form of writing used to tell Alaska’s stories.   Many of the native cultures use legends to explain why things are a certain way in the world.   The Tlingit legend we read in the beginning of the semester, How Mosquitoes Came to Be, told of a human eating giant who was killed.   The giant promised to continue eating humans.   To prevent that from happening, the giant was chopped up and burned.   The ashes became mosquitoes and the giant continued to eat people, as a mosquito. 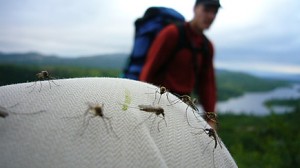 True stories of life in Alaska are also interesting.   Through them we learn the history of the people of Alaska.   We learn of the history and the growth of the 49th state as we read biographies and other factual stories.   From the stories of the 1964 earthquake we can learn the importance of preparation.   In Art Davidson’s story, March 1: -148â—¦, we can read more about the first winter expedition of Mt. McKinley and understand the wonder and danger that lies on that mountain. 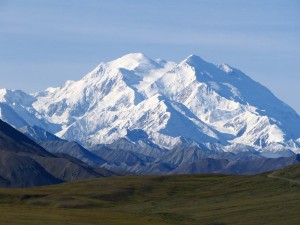