Edna Ferber’s excerpt from  Ice Palace  is an extraordinary example of the modern version of Alaska at odds with the one that people expect when they first arrive here — Ferber’s character, Chris, is a dramatic over exaggeration of the Alaskan woman, but she is modern enough to lay the sarcasm on thick with tourists, saying “Yes, this is gigantic wilderness. With neon lights, of course; and hydrogen bombs and dog sleds and radar and Eskimos and crab meat  au gratin and skin boats and juke boxes and art exhibits and symphony concerts…” (Ferber 665). Ferber very accurately represents the modern Alaska, but beautifully includes the modern with the traditional that still permeates the culture.

An interesting story is that of “The Scene and The People,” by Ronald Johnson, where he discusses Alaska’s black population and their entrance to the state in the 40’s and 50’s. This is clearly a more modern topic, as white gold seekers were the first to go to the state in masses, and there wasn’t much diversity beyond Alaska natives and white intermingling initially. Johnson makes a point of pegging the time as “before any anti-discrimination laws,” but goes on to say the lack of government and new territory made it almost a more appealing place than the Lower 48 (Johnson 686). Our narrator doesn’t appear to have a racist streak, further pushing him towards modern inclinations.

Among the last stories, “Perspectives” by Richard Leo and “Beat the Qaaviks” by Nick Jans, discuss the ways in which Western culture has infiltrated the traditional Native Alaskan culture that existed in rural villages. Leo places his narrative in Anaktuvuk Pass, an incredibly isolated region that still had access to trucks, an olympic size swimming pool, satellite TV, and other modern conveniences that seem impossible in such a place. While they still mesh with the traditional, they show the lengths that western culture has bounded to infiltrate. Jans’ discussion of basketball in rural Alaska in “Beat the Qaaviks” is of a similar vein, but he focuses mostly on the sport that has taken over small communities across Alaska like no other. He ends his story with “In just a few years, it’s become their custom,” referring to the fanaticism for the sport (765). 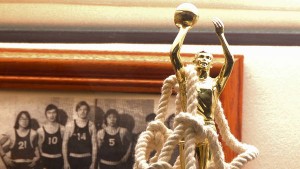 I generally enjoy the modern discussion of Alaska, as it is the Alaska I know, but it also forces is to take a step back and think about where our state has come from and where it could be going. The mix of cultures and how they influence every aspect of life is fascinating, but also serves to justify my idea that Alaskans really are a unique group of people. 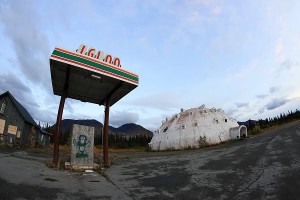