My understanding of the Alaskan wilderness is that I will always respect it. The boundaries I see are mostly with the wildlife. When I see a bear or a moose I’m not going to go running up to it to pet it or get a ride. I will respect their space and turn around or go around. If I don’t bother it it won’t bother me is the teaching I grew up with. I see less of a boundary when it comes to the flora. I think the wilderness is there to be explored. It doesn’t necessarily have a line that shouldn’t be crossed. It is more up to the discretion of the explorer whether or not they are up to the challenge. The boundary I do see is to not trash the place you are. Respect the natural beauty of where you are and leave it as is was. 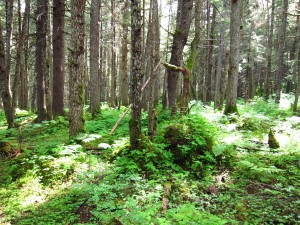 I think that we are privileged to live so close to nature. I do believe we have a very big role in protecting the wilderness since we are the ones that could potentially ruin it. It is a very hard line not to cross because with the expansion of the human race we need more and more natural resources but at the same time we need to protect those resources for future generations. To grow and expand you have to set up rules and boundaries so that the world doesn’t get destroyed in the process of trying to grow.

William Cronon says that it would be ultimately unsustainable:  “To do so is merely to take to a logical extreme the paradox that was built into wilderness from the beginning: if nature dies because we enter it, then the only way to save nature is to kill ourselves.’ I would have to disagree with Cronon’s statement. I don’t think that the only way to save nature is “suicide’. He’s looking at the very extreme part of the concept. In my opinion we aren’t only trying to save nature by creating these boundaries but we are also trying to save ourselves. If we destroy every part of nature and all that is left in the world is cities full of buildings and pollution, then how would we survive? 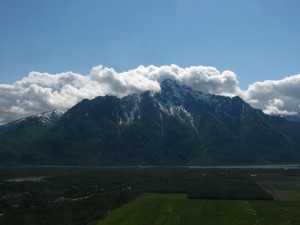 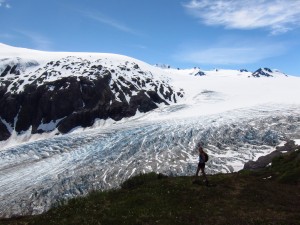 All photos are my own.

One thought on “Blog#5 Alaskan Wilderness”