For this week’s entry, use the theme of “masks’ or “resources’ as a starting point and reflect on how the theme you’ve chosen appears in at least 3 of the works you’ve read (these should be 3 new pieces, not ones you’ve covered before)

“Resources” is a common theme throughout the readings that we’ve been assigned. In “The Battle of the Giants” by W. Douglas Burden, the resources are what one commonly thinks of as resources. The narrator of the story is describing a hunt for a Kenai Moose with his guide, Henry. While the moose is an obvious resource, providing food, warmth, and tools, the real resource here is Henry. He is a companion and superior guide to the narrator. His knowledge and experience are resources that most might not think of as a traditional resource to be utilized.

In Robert Specht’s “Tischa”, the teacher is the main resource. The school board tries to ban native students from the school due to their own racism. But the teacher is stubborn and knows the value of her presence is greater than that of their demands. She is the only teacher in the area capable of running the school. Without her, the village’s students will not be educated. Her value as an educator and the value of the knowledge she possesses is far greater anything the school board is demanding. Teachers in rural Alaska are difficult to find, especially in the time period being described. The board recognizes her value as one of the few educators in the area and would be willing to give in to her demands.

Richard K. Nelson’s “Moon of the Returning Sun”, Sakiak goes out onto the ice to hunt for seals. He is an older man with children and grandchildren. He is presented as having knowledge and experience that his younger counterparts lack. He is a sort of bridge between the old way of doing things and the modern ways. Sakiak’s experience makes him a valuable source of tradition that the younger generation would not be able utilize without him. His knowledge is a resource that can be handed down to his children to be used after he is gone. 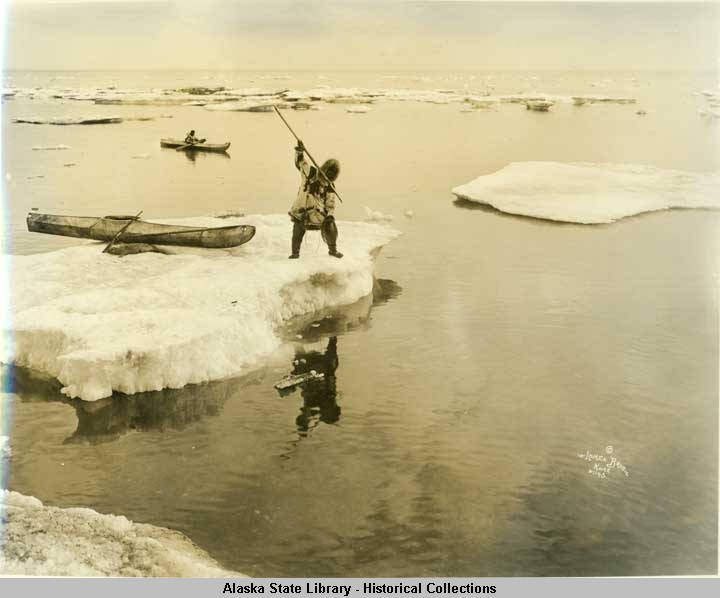 All of these resources are people. Their experience and knowledge is considered a valuable resource. While the knowledge is coming from widely varying backgrounds, it shows that knowledge in any form is worth preserving.