Jacob Ahwinona’s account on the history of Nome reveals one very important part of his view on life — he misses the wisdom that  comes with age, and he views knowledge as a valuable resource. He discusses the unwritten Eskimo laws, about how “if a person is greedy, he won’t get nowhere” in terms of the location of gold. This can be said to be true with knowledge, too. The white man came up to Nome in search of gold, but more importantly, in search of the knowledge about where the gold was located. This knowledge was extremely valuable, and their greed in seeking out the knowledge of gold was what caused them to look over hefty claims that were right underneath their feet. 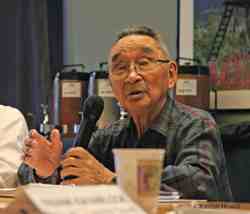 In Richard K. Nelson’s story, “Moon of the Returning Sun,” Sakiak goes out onto an ice flow to hunt seals by himself. He is an older man, with grown children and grandkids, and he is presented as being the bridge between the old ways of hunting seals and the modern. While he does carry a rifle and thermos of hot tea, he still practices the art of “enduring patience,” waiting for hours on end at a breathing hole in subzero temperatures (403). His knowledge of the old art of seal hunting allows him to work more slowly, more methodically, and doesn’t require him to wait for an open gap when the ice shifts to shoot a seal. His method, even though using a rifle, is a much more symbolic process that uses old methods and knowledge. 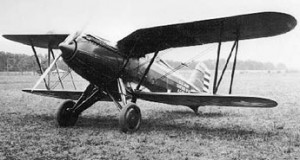 Rudy Billberg, in his telling to Jim Rearden, also expresses the importance of knowledge as a resource to be handed down in his excerpt from  In The Shadow of Eagles, titled “Alaska.” When Billberg is given his first test-run on touch-and-go’s in Deering in rural Alaska, he is given life-saving advice by experienced pilot John Cross on landing speed. Considering that Billberg went on immediately afterwards to fly for the first time back to Nome (with passengers, to top it all off), this advice was invaluable and knowledge that he would have otherwise not picked up.

And then there’s Robert Specht’s excerpt titled “Tisha.” This story is entirely about knowledge — the main conflict arises because of the desire of the Alaskan Native children to get an education at the only school, which was for white children. Clearly, for them, knowledge (and an education) was something worth pursuing.

While in the first two examples old knowledge gained by experience and tradition is the desirable resource, the last example, “Tisha,” shows that knowledge in any capacity is something to be desired. Ahwinona’s discussion of gold and greed, of the unwritten Eskimo laws, can be seen as greed for knowledge — and as I said, with that knowledge one inevitably loses something in the process (for them, it was knowing that the gold was located beneath their feet — they lost their observation). In “Tisha,” with that education that those students received, they lost a lot of the knowledge that would be gained by living in the natural world and not concerning one’s self with global issues. But, shown by their parent’s drive to get them that education, clearly the global understanding and ability to engage on a larger level was shown to be the more valuable knowledge for those people.

One thought on “Knowledge as Resource”