Lookout into Alaska and a person will understand what wide open country is. Authors spend immense amounts of time trying to explain this to people who have never seen valleys and mountains without any sign of another human life in them. The Alaskan landscape is seen as a challenge and as a blessing in Alaskan literature and by myself.  My understanding of nature and of the Alaskan landscape has always been tied to these two themes. I have been blessed to have a family cabin north of Fairbanks and we have had many excursions into nature to harvest plants and animals and also to simply experience Alaska. 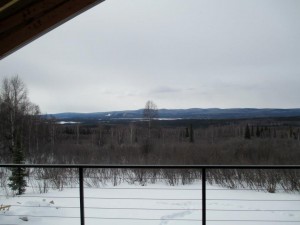 “Do You Fear the Wind’ by Hamlin Garland is a great example of the challenge facing off with Alaska and is fierce seasons. I felt great passion in lines three and four “Go face them and fight them, / Be savage again.’ Here Garland in invoking the Alaskan conquering spirit that has excited me and many others to go off into the Bush and not just survive but to thrive. Emerging from those experiences on top of nature and emboldened by the experience.  Garland describes that feeling in lines nine and ten “You’ll grow ragged and weary and swarthy / But you’ll walk like a man.’ My father taught me to appreciate that feeling and use it to push ourselves even further in our trips into the wilds of Alaska. This is interesting because in conquering Alaskan nature and landscapes we are separating ourselves from nature as we move about in Alaska. I feel like the feeling expressed in Garland’s poem on conquering Alaska is much different that the emotions and attitudes of the Russians described by Hector Chevigny in “The Tragedy of Anna Petrovna’. They only saw Alaska as a place full of resources to be exploited and as such had a much rougher experience than the people who express love for the landscape and the blessings delivered through its challenges.

Frank Dufresne in his autobiography tells a similar love for the landscape and its invigorating challenges, “I told Uncle Charlie that this was the feature of his Alaska that stirred me deepest; not the gold, but the primitive land itself with its exciting plenitude of wild things; that if I stayed, this was what would hold me.’  This love of Alaska is part of what keeps people trying to find their “place’ here. Dufresne was realizing that despite having to see the resources in Alaska shown to him in the gold camps he is more drawn to the nature around him. Being “a part’ of nature is part of the desire to spend time in the wilds. It is just as possible of instead of conquering Alaska that a person could just find a peaceful role to play in the world around them. This place in nature is found when you go into Alaska’s landscapes and submerge yourself in the Bush not taking things, but waiting for the gifts to be given to you. 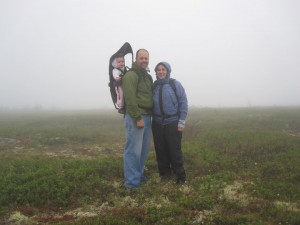 One thought on “Landscapes”