Do you think identifying nature as a resource separates us from it? Is there another way to frame our role in nature that might be possible?

It is a difficult thing to separate a thing from it’s use and it’s value — when one doesn’t use something to it’s full capabilities, they are accused of being wasteful, but when one uses something without regard for the value, they are supposedly “heartless.” This separation of item as resource and item as aesthetic is an ongoing debate in the state of Alaska. One fairly current debate is ANWR (Arctic National Wildlife Refuge), where there is discussion about whether to leave the refuge alone or tap into the possibility of a rich old field. 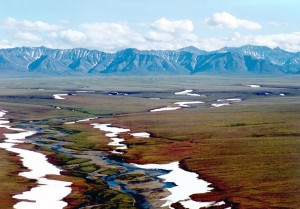 In one of our readings, the excerpt titled “Uncle Charley” from My Way Was North, by Frank Dufresne, this debate was presented without much argument between both sides. Instead, each side was personified and placed next to the other in contrast, with Uncle Charley being entirely consumed with gold in Nome, while the narrator couldn’t even focus on the prospect of gold due to the rich scenery with flora and fauna (112). In the case of Uncle Charley, his obsession with extracting the natural resource from the land made it so that he seemed to miss a lot of the wonders that were observable. The narrator, on the other hand, while seemingly unaware of gold as a resource, saw the beauty and abundant fishing as it’s own resource.

The narrator’s view on the subject is one way to approach the chasm that separates the two ideas of value vs exploitation. He appreciates the land for what it is, and takes the natural, livable gifts that are presented as usable resources (which also so happen to be resources that are renewable if respected). Gold and oil, on the other hand, while not necessarily finite, take so long to repopulate that they can be regarded as finite. Approaching nature with the goal of exploitation, especially exploitation that seeks to use up a resource, is not a realistic approach. One must have respect for the bounty and understand the process of renewal, whether it be a few years for salmon to mature or thousands of years for oil to be created, to be in proper harmony with nature. 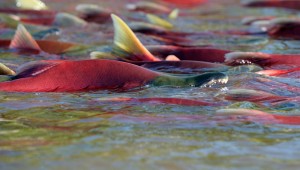