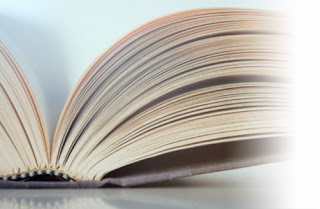 Literature is an amazing outlet which can imprint culture upon readers, while potentially effecting society.  Whether it is a tale from a distant land or location nearby, a vicarious cultural experience waits in a story.  Literature can awaken the senses, spur the imagination, provoke emotions and inspire.  For 5 ¢, plus $2.99 shipping and handling, I purchased an autographed edition of Wayne Mergler’s The Last New Land: Stories of Alaska Past and Present. Shipped from a Catholic Mission charity organization in Southern California, I received the book 5 days later here in Alaska.  The artistry of the authors in this book is an inspiration to me as a developing writer, and equally as important, the cultural knowledge and insight which I have gained from this diverse compilation has been priceless.  Examining Mergler’s book, we can dissect the elements of culture, and discover the some of the bounty of Alaskan cultural diversity which this compilation has to share.

Culture is transmitted and implanted into society through stories.  Mergler’s book take cultural elements such as legend, ritual and ceremony, celebration, heroes, symbolism and intertwines them with the personification of Alaska’s inhabitants, extreme wilderness, and forces of nature.  The numerous samplings of prose and poetry found in Mergler’s book exhibits Alaska’s rich and complex blend of indigenous and foreign cultural histories.  Indigenous oral tradition is an art form which as passed legend and myth down to generations for millennia, and now in print, outsiders can observe and explore a world and cultural ideals which may be very different from our own.
The Man Who Became a Caribou, is an Eskimo legend which highlights the importance of belonging, natural resources, and survival associated with this indigenous culture.  A lesson in morality, teaching the value of life and natural resources is taken from this story.  A hunter displaced from his own family, seeking a sense of belonging, searches a new family amongst the animals, to share his life with.  The hunter, who was respectful to the animals which he hunted, is accepted into the caribou family one of the animal which has help keep the hunter and his family fed for years.  The legend says, “The black hunter is our enemy and from him we always flee.  He kills for pleasure and does not take care of his meat but leaves it to rot on the tundra…The other hunter is not really white.  His is clear like water and takes good care not to waste his meat.  We always try to help the white hunter.’(1)  In the caribou hunter, killed by his sons, is restored to human form to live out the rest of his life with his human family.  There are also stories of indigenous nature from the perspective of non-indigenous writers.
Stories such as Richard K. Nelson’s, the Woodsman incorporate indigenous legend and personal accounts, shared by a person of non-indigenous Alaskan origin.  As with many of the legends in this book, there are often messages stressing the importance of appreciating and valuing the land and life, all while sharing a cultural view.  The Woodsman is a story of a type of outcast who dwells in the woods, living in isolation from society, who resorts to taunting and trickery of those living in forest camps.  The story of the Woodsman explains the cultural reasoning for missing children, power, and insanity.  Nelson writes, “if a woodsman pats a sleeping child’s head, the child will grow up to become a shaman; and an adult who even sees one may become insane.’(2)  I feel that in this legend the woodsman symbolizes nature, it can take consume, and empower people; teaching a lesson that would make one appreciate the wilderness.
Then there are stories in the book which portray the many cultures non-indigenous to Alaska.  Many of these stories share their own interpretations of how their cultural values are incorporated into their lives as migrants in a new land.  The desire for wealth, independence, and adventure has drawn people from all walks of life to visit, live, and meet their demise in Alaska’s great land.  Of Traps and Snares by John Haines is a story which introduces the reader to a culture where time-tried tradition of human survival is practiced.  Haines shares with us the origin of methodology of the trap as used by the indigenous people.  Haines wrote, “There is the coarseness too often found in those who follow the trade, especially where mere cash is the end in mind.  And yet to some fortunate individuals there have been few things more deeply attractive than this season pursuit of the wild.  It is life at its fullest, uncertain and demanding, but rich with expectation.’(3)  Haines discusses the trials and tribulations, associated with living in the wilderness, and the moral and ethical struggles associated with seeking out a lifestyle dependent on trapping in order to endure life in Alaska.  Like Haines story, Mergler’s book is full of the stories of many non-indigenous peoples coming from many different cultural backgrounds, often creating a new cultural identity of their own.
Mergler’s book is a blend of the traditional and non-traditional Alaska cultures and the overall multiple facets of the Alaskan experiences.  The stories I have read, and the writings which I have and will create, I will keep forever, they are mine to share, or not.  Alaska will always be a part of my identity, no matter where I may land.  Alaska is rich in culture and traditions.  This book has indeed has broadened my world and understanding of Alaskan culture.  It has taken me on an excursion all throughout time and place.  It has frightened, angered, embarrassed, perplexed, and delighted me.  Most importantly, it has educated and inspired me as an Alaskan and as a writer.
(1) Wayne Mergler, Last New Land: Stories of Alaska Past and Present (Anchorage: Alaska Northwest, 1996), 559.
(2) Wayne Mergler, Last New Land: Stories of Alaska Past and Present (Anchorage: Alaska Northwest, 1996), 639.
(3) Wayne Mergler, Last New Land: Stories of Alaska Past and Present (Anchorage: Alaska Northwest, 1996), 358.
Photo credit, Open Book:Artist Unknown https://bookfinds.com/blog/2008/11/
Photo credit, Alaskan Tundra: S.Beck 2001 https://www.marietta.edu/~biol/biomes/tundra.htm